Letter of Support from VOTE Women and Girls project 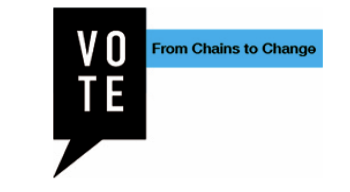 This letter is written on behalf of VOTE Women and Girls project, in support of the FIRST STEP Act, which would improve the condition and opportunities for incarcerated individuals, reduce the risk of recidivism upon release from prison, and promote public safety.

VOTE is a grassroot organization found and ran by formerly incarcerated individuals who know the impact that an unjust system can have on families. We are committed to helping create communities and policies that will give all a fair and realistic chance at reentry upon release. Because we are formerly incarcerated citizens we know first-hand what is needed to thrive during and after incarceration. We envision a criminal justice system that recognizes the humanity of the 2.2 million people currently behind bars in America and moves toward compassion and treatment rather than punishment and incarceration. HR 5682 falls in line with our mission by improving the conditions for incarcerated individuals, reducing the amount of time people spend in prison, and provide meaningful opportunities to successfully transition into their communities.

We are thankful for the efforts of Congressman Hakeem Jeffries and Congressman Doug Collins to work in a bipartisan fashion that greatly improves this bill with meaningful reform. The authors have worked together with groups of advocates, fellow Members of Congress, and heard directly from formerly incarcerated individuals with lived experiences through the federal prison system. We are also encouraged by strong support from both Republicans and Democrats as this bill passed out of the House Judiciary Committee on May 9th, 2018.

In 2015, 3 out of 10 federal prisoners and 6 out of 10 state prisoners released to a term of community supervision returned to prison within 5 years. 1 Far too many struggle with unemployment, housing instability, and substance addiction when they come home. Many have difficulty overcoming the trauma they experienced during their incarceration and reestablishing ties to family and community that were damaged by their incarceration. We strongly believe that the provisions of HR 5682 will lead to better outcomes for individuals reintegrating back into their communities. Establishing a system that provides guidance and intensity of evidenced- based recidivism reduction programming will provide the necessary resources for individuals to prepare for release.

These are meaningful reforms. This is our best chance to pass this bill into law and dramatically change the lives of people inside - and expand accountability and oversight of the federal prison system. The passage of HR 3356 will truly be the first step towards further progress that we hope will eventually include sentencing reform. VOTE Women and Girls project respectfully urge you to schedule a vote on this legislation and vote yes in support.