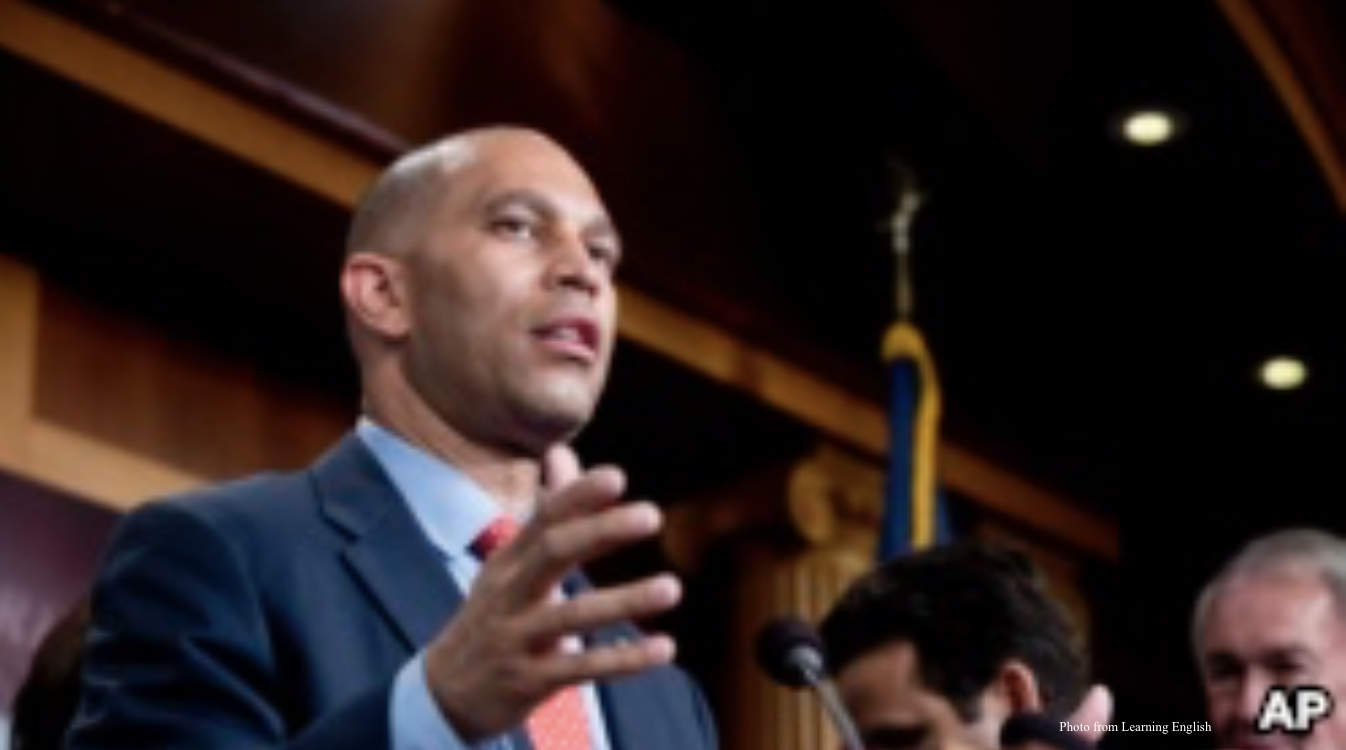 The rate of imprisonment in the United States is the highest in the world. Many lawmakers and policy experts have called the situation a prison epidemic.

But, Representative Hakeem Jeffries, a Democratic Party member from New York, told VOA the beginning of the end of the epidemic started on Tuesday.

The bill is a bipartisan prison reform law. It passed the U.S. House of Representatives by a 360-59 vote. Jeffries says it "strikes an opening blow against the overcriminalization of the nation.”

U.S. President Donald Trump said the strong bipartisan vote opens the way for action by the Senate. Last week, Trump endorsed the bill at a White House conference on prison reform. He said that the U.S. gains a lot if former prisoners are able to reenter society as productive citizens who obey the law.

If the bill passes the Senate and is signed by the president, it would provide $50 million in financing for five years. The money would pay for job training, education and drug abuse treatment for prisoners. It would also provide a number of measures aimed at reducing high rates of recidivism among former prisoners.

But the issue of criminal justice reform has split Democrats and Republicans within their political parties. And that may hurt the bill’s chances of passage as it goes to the U.S. Senate.

In a letter last week, five members of Congress said the bill could not be carried out effectively and could possibly lead to the privatization of prisons.

Jeffries told VOA many of the arguments against the First Step Act were based on false ideas.

He added that the bill’s passage "is a first step” towards ending the “cancer of mass incarceration." Republicans in the House also welcomed the bill.

Bob Goodlatte, a Republican from Virginia, is the House Judiciary Chairman. On the House floor Tuesday, he said, “Rather than allowing the cycle of crime to continue,” this bill takes a useful and “intelligent approach to rehabilitation.”

But the First Step Act faces much opposition in the Senate. There, a bipartisan group of senators is pushing for more complete criminal justice reform.

An opposing bill is the Sentencing Reform and Corrections Act. It has received strong support by Senate Judiciary Committee Chairman Chuck Grassley, a Republican. The bill calls for lower sentences for nonviolent, low-level offenders and gives judges greater choices for sentencing.

More than 20 senators have signed on to the bill, but the Trump administration opposes the measure.

Required minimum sentences for drug offenses came into use in the 1970s and 1980s. They are widely blamed for a sharp rise in the number of U.S. prisoners in the last several years.

In recent years, the number of U.S. prisoners has fallen. But, the Bureau of Prisons says nearly half of the 184,000 prisoners currently held in federal prisons are serving time for drug crimes.

Observers say the disagreement in Congress over prison reform is similar to a disagreement among supporters of reforming America’s criminal justice system.

On one side of the debate is a group of more than 100 organizations. It includes the American Civil Liberties Union and National Association for the Advancement of Colored People. These groups opposed the bill passed by the House. They said it would not be able to bring about “meaningful” criminal justice reform.

In a letter last Monday, the group said the House bill fails to deal with racial inequalities, problems with mandatory minimums, overcrowding, lack of rehabilitation and the high cost of imprisonment.

At the other side of the debate is a group of more than 70 organizations that support the legislation. It includes Koch Industries, headed by the conservative billionaire Koch brothers, and Families Against Mandatory Minimums, a Washington, D.C.-based nonprofit group that opposes such laws.

Kevin Ring, the group’s president, said the chances of sentencing reform under the Trump administration are low.

For this reason, he said, Congress is likely to only pass prison reform.

“What we don’t want to do is make the perfect the enemy of the good: kill a bill that has modest reforms that will help real people just because we’re waiting for something that’s not likely to happen in this administration,” Ring said.

Ring said he hopes negotiations in the Senate can lead to a compromise between the First Step Act and the bill supported by Grassley.

Masood Farivar and Katherine Gypson wrote this story for VOA News. Alice Bryant adapted it for Learning English. Mario Ritter was the editor.

Read the original story at Learning English and listen to it here.