Prison reform is worth fighting for in the Senate- The Hill 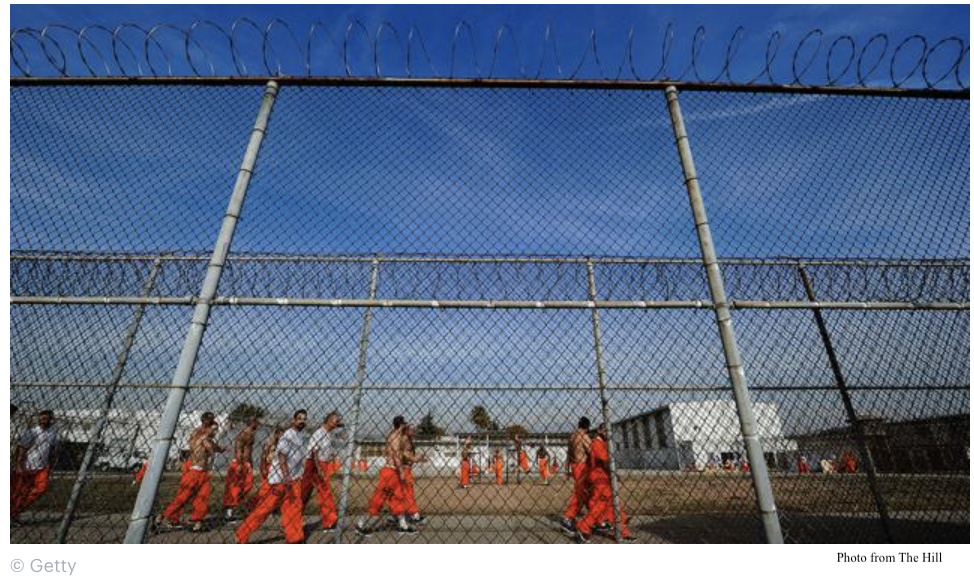 On Tuesday, the vast majority of U.S. House members put families and communities ahead of political gain and passed the FIRST STEP Act. This criminal justice reform bill, if passed by the Senate, will change lives by offering inmates a second chance, and provide the kind of transformative programs that will help keep them out of prison once they’re released.

In the Senate, Texas’ own Republican Sen. John Cornyn is leading the efforts to pass the bill. That’s appropriate, because Cornyn has seen first-hand the success Texas has had with criminal justice reform — including a more than 20-percent reduction in its incarceration rate since 2005, at the same time we achieved an overall drop in crime of more than 30 percent.

In 2007, Texas was at a crossroads. We faced the need to build more than 17,000 new prison beds. Instead, the Texas legislature adopted a justice reinvestment package that expanded alternatives to incarceration, such as drug courts and mental health treatment.

The Texas package also helped reduce backlogs for treatment programs behind bars that had waiting lists of many months. Such programs are often a condition of release even after approval by the Parole Board. This enabled more people in prison to be good candidates for parole, leading to higher parole rates and thousands fewer new crimes by parolees.

Subsequent legislation restored a chaplaincy program so that inmates could connect with churches and other congregations. We found that many chose church over gangs.

A system of graduated sanctions for parolees ensured that public safety was protected without creating a need for more prison beds.

And then in 2011, Texas doubled down on our reforms by enacting a policy allowing those in state jails to earn time by completing programs, such as educational, vocational and treatment interventions, that are correlated with reduced recidivism.

The results have been amazing. Thousands of Texas inmates have earned up to 20 percent off their sentences through these programs — while learning the skills that will help prevent them from returning to prison in the future.

The FIRST STEP Act, which passed by a vote of 360 to 59, would bring these conservative principles — and these considered successes — to the federal prison system.

Of course, the FIRST STEP Act recognizes that not everyone should be eligible for earned-time credits to allow for supervised release. Violent criminals who have preyed on our communities must be kept behind bars. The FIRST STEP Act appropriately excludes the most serious offenses from earning credits through completing programs.

Opposition to the FIRST STEP Act comes from many in Washington who have supported criminal justice reform in the past. Indeed, on the House floor on Tuesday, a vocal few urged their colleagues to vote against the bill — not because it’s a bad bill, but because in their opinions it didn’t go far enough.

This bill is called the FIRST STEP Act for one simple reason. It does not purport to fix every problem in the federal system. Other necessary changes, such as fixing how charges can be “stacked” to produce absurdly long sentences, can and should be addressed in future legislation.

But we do know this: over 42,000 people will be released this year from federal prison to live near you and me. Many of them will be unprepared. They will not have completed programs that could have reduced the risk they pose to society. They will not have learned the skills that would improve their chances of finding and holding jobs. These barriers make it more likely for them to re-offend and end up back behind bars.

This prison reform legislation would help tear down the barriers to leading a law-abiding, productive life for those who are willing to work for it.

A decade ago, Texas lawmakers of both parties came together to deliver successful prison reform. The result has been thousands of examples of real redemption, along with healthier communities and stronger families.

Aren’t these goals worth fighting for?

Derek Cohen, Ph,D. (@CohenAtTPPF) is the director of the Center for Effective Justice and Right on Crime at the nonprofit Texas Public Policy Foundation.

Read the original story at The Hill.