My second daughter, Nova, was born on December 26, 2007 while I was shackled to a bed in federal custody.

My second daughter, Nova, was born on December 26, 2007 while I was shackled to a bed in federal custody. I had a US Marshal in the room the whole time, plus 1-2 guards outside the door, yet that wasn’t enough. During intensive child labor I was shackled to the bed, which was extremely painful and dangerous to the well-being of my child.

Only one visitor was allowed in the room at a time. My husband, Ricky, brought Sarai to the hospital which was the first time I’d seen her since my arrest, several months prior. My heart broke into a million pieces. Just 1-year old, she was suffering from our separation and although I was weak from childbirth to Nova, I held Sarai in a desperate attempt to assure her I had not abandoned her. I did not sleep a wink while in the hospital because I also had to bond with Nova, so I talked to her all night and gazed into her beautiful eyes. It was one of the hardest moments I've had to endure when Nova was taken from me the next day so I could return to prison.

Sarai is now 11 years old and Nova is 10. I dream of being reunited with them every waking moment. The First Step Act would have allowed me to bond with Nova and breast feed her for 3 months. I pray the First Step Act passes so other women will not endure what I’ve been through because our children are innocent and deserve human decency. If passed, First Step will reunite me with my family prior to 2021.

To learn more about Crystal Munoz’s case go to: http://www.candoclemency.com/crystal-munoz/ 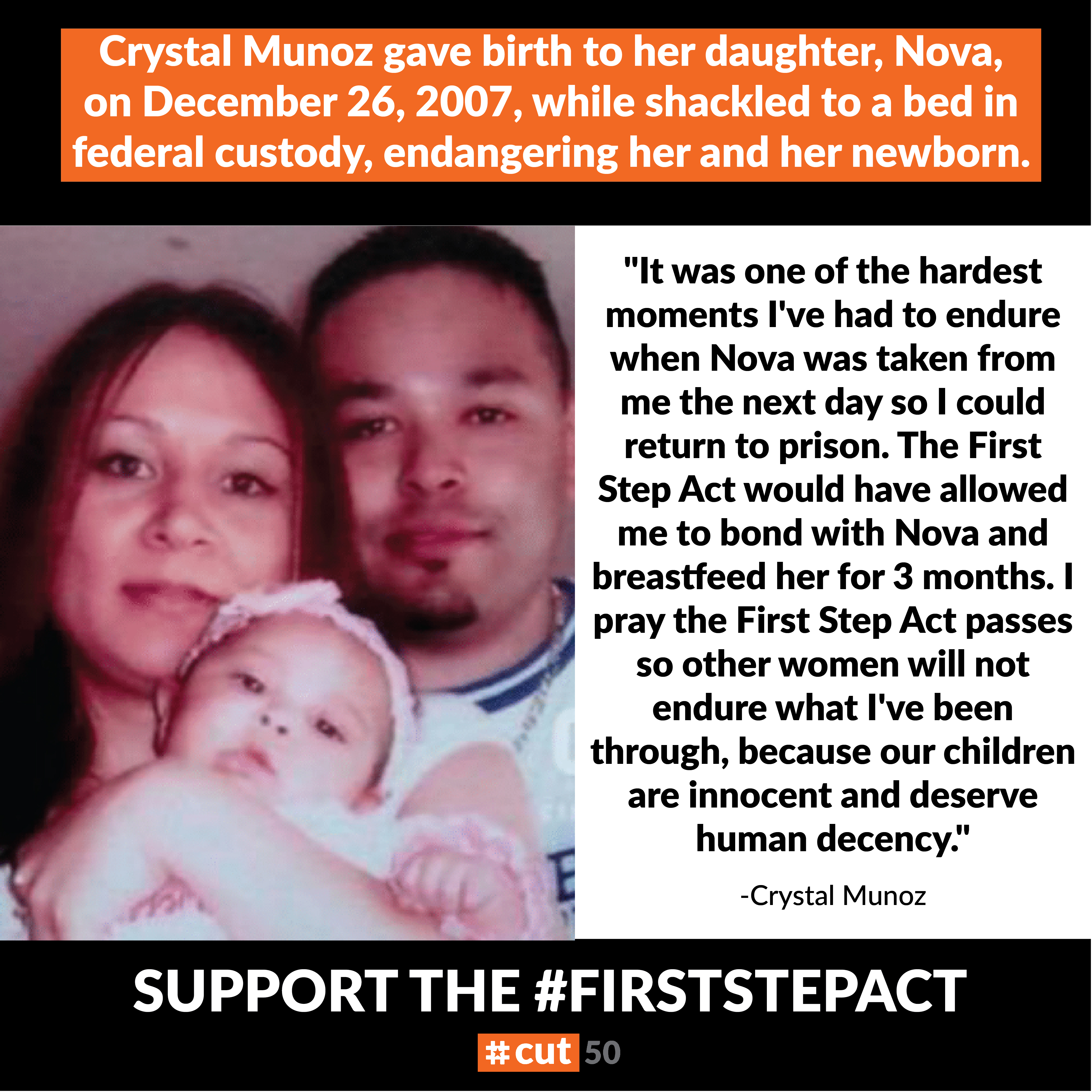