The First Step Act will help future returning citizens transition back into society without an additional burden that can be devastating to our ability to succeed.

I was released from federal prison on 2/9/2018 and am currently in a halfway house in Lawton, Oklahoma. Soon after I got out of prison, I got a job at the Skirvin hotel, which included three meals per day $12 an hour and great benefits. The only condition was that l had to provide proof of citizenship.

I was born in a Military hospital in Vietnam because my father, Richard A. Williams, Jr., proudly served his country, fell in love with and married my mother, Lien, a citizen of Vietnam. I received my citizenship papers in 1986, but while I was incarcerated my mom lost the original copy of my certificate of citizenship and only had a copy.

I paid $555. to Homeland Security to process a request for proof of citizenship. They now say it will take six months to one year to replace it. It was suggested I go to a passport agency, so I paid $218. upfront and provided them with a copy of my social security card, prison ID and a letter from my case manager stating I was a citizen of this country. They now claim they cannot issue a passport without the certificate of citizenship.

In the meantime, I lost my wonderful job and cannot rent an apartment with a looming date to leave the halfway house in 30 days. If the First Step Act had been in effect before I was released, this nightmare would not be happening because it provides that everyone who is released has a United Sates ID before leaving prison.

The First Step Act will help future returning citizens transition back into society without an additional burden that can be devastating to our ability to succeed.

To learn more about Carolyn Bell go to: http://www.candoclemency.com/carolyn-bell/ 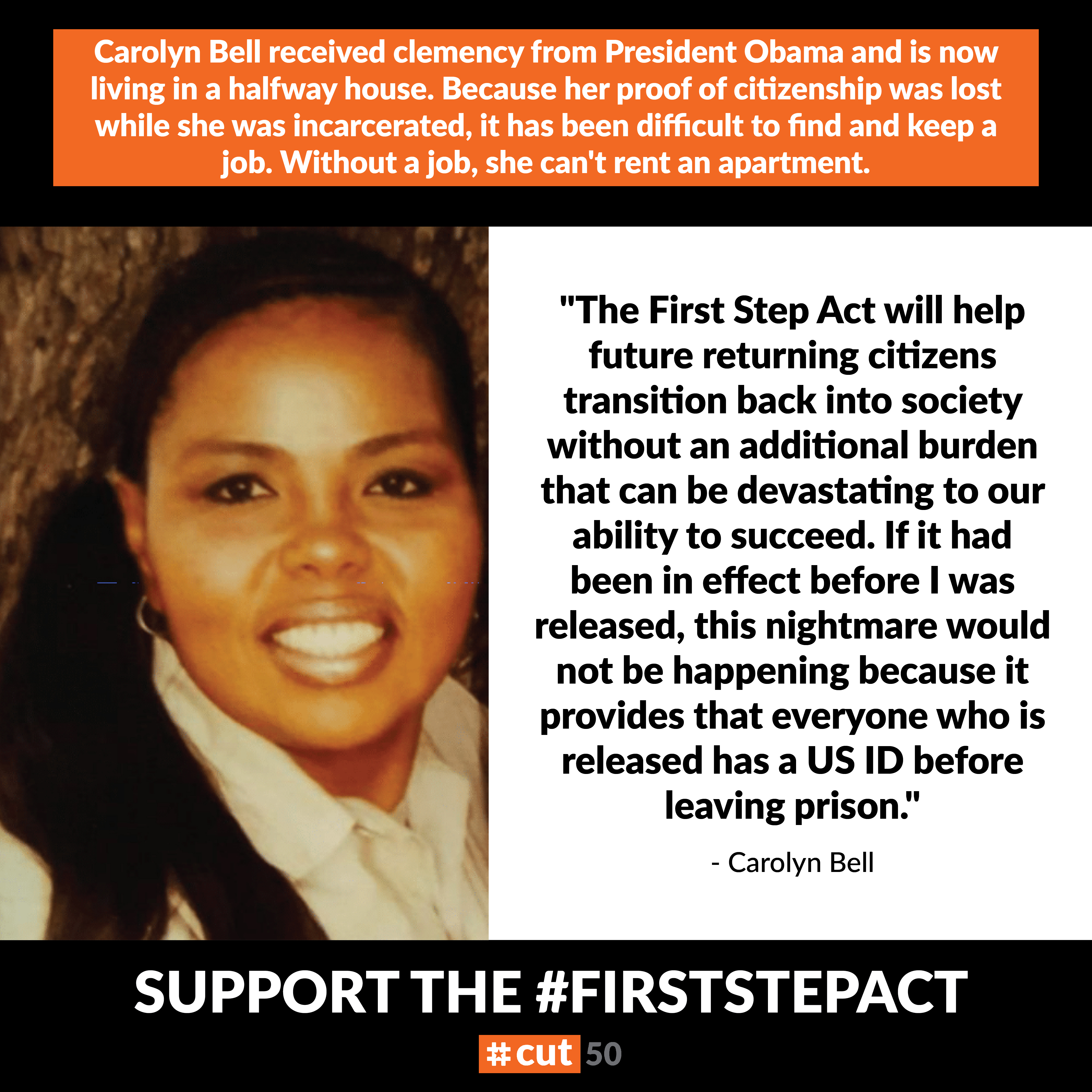