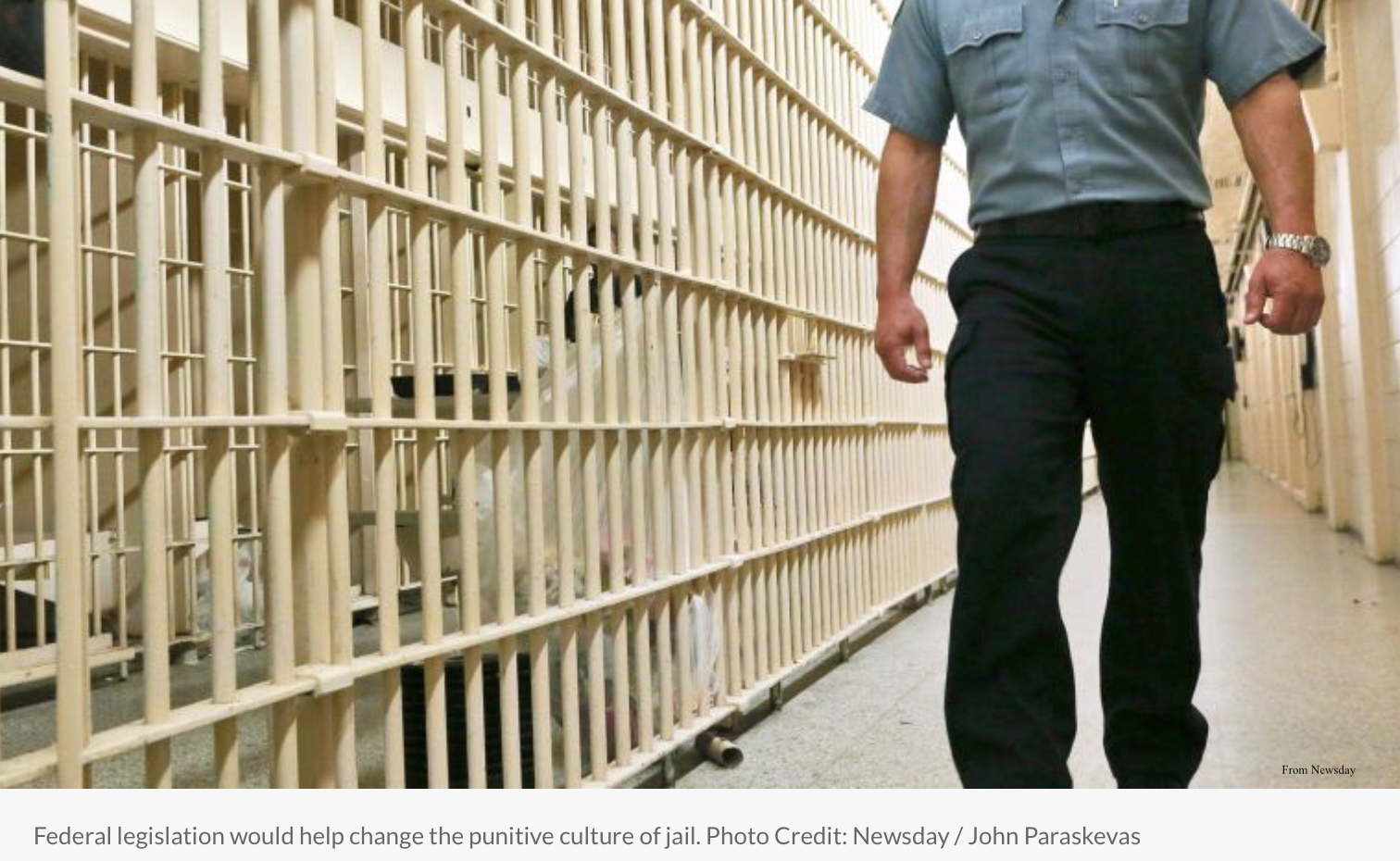 Each year, hundreds of thousands of people are released from jails and prisons in the United States. Nearly two-thirds will be rearrested within three years — perpetuating a cycle of crime and recidivism that weakens public safety, burdens taxpayers and creates generational instability for countless families.

This is not surprising given the data: 68 percent of inmates participating in rehabilitation programs at the Suffolk County jail report they have a close family member who has been incarcerated, 92 percent admit to a drug problem and 63 percent have a mental health condition. Other common issues include homelessness, employment insecurity and learning and educational deficits.

Fortunately, bipartisan calls for criminal justice reforms have gained momentum. President Donald Trump recently hosted a prison reform summit and urged Congress to pass the First Step Act, which would be the first major piece of federal legislation in decades designed to curb mass re-incarceration by focusing on data-driven recidivism reduction and rehabilitation.

Critics of the bill, which recently passed in the House of Representatives, say it doesn’t go far enough, and that sentencing reforms must be included to counteract the effects of decades of tough-on-crime measures that caused many states to increase penalties for crimes related to drug use, drug trafficking, gang involvement and other violent offenses. Critics say this has fueled mass incarceration, especially for people of color, and that the reforms in the First Step Act might increase disproportionality in the prison system.

While I share some of the critics’ concerns, we shouldn’t dismiss the positive features of the legislation. If the goal of criminal justice reform is to reduce the number of individuals caught in a cycle of crime, incarceration and recidivism, this bill would improve outcomes for prisoners re-entering society, changing the culture of corrections work and making communities safer. The legislation would mandate evidence-based programming for all federal prisoners based on their needs and recidivism risks, which is considered a best practice in the field of corrections. It’s a smart first step, with unusual bipartisan support, and I urge Long Island’s congressional delegation to support it.

Still, I agree with some of the bill’s critics that to reduce jail and prison populations, there must be investment in crime prevention, and in improving services for children and adults in crime-prone communities.

We know the drivers of crime: poverty, substance abuse, lack of housing, underfunded schools, poor employment, limited access to mental and medical health care — and family ties to others with histories of incarceration.

Data also inform us that minorities are disproportionally affected by these factors, and perhaps also by systemic biases that could lead to harsher treatment by the criminal justice system. In Suffolk County, black youth comprise about 8 percent of the school-age population, and yet they are 38 percent of the inmates in the county. It stands to reason that if society wants to reduce crime, it must target evidenced-based prevention programs, and address potential bias in the system through better training for civilians and officers. This would have a significant impact on whole communities, and the taxpayers. It is far less expensive to fund prevention than incarceration.

Read the original story at Newsday.