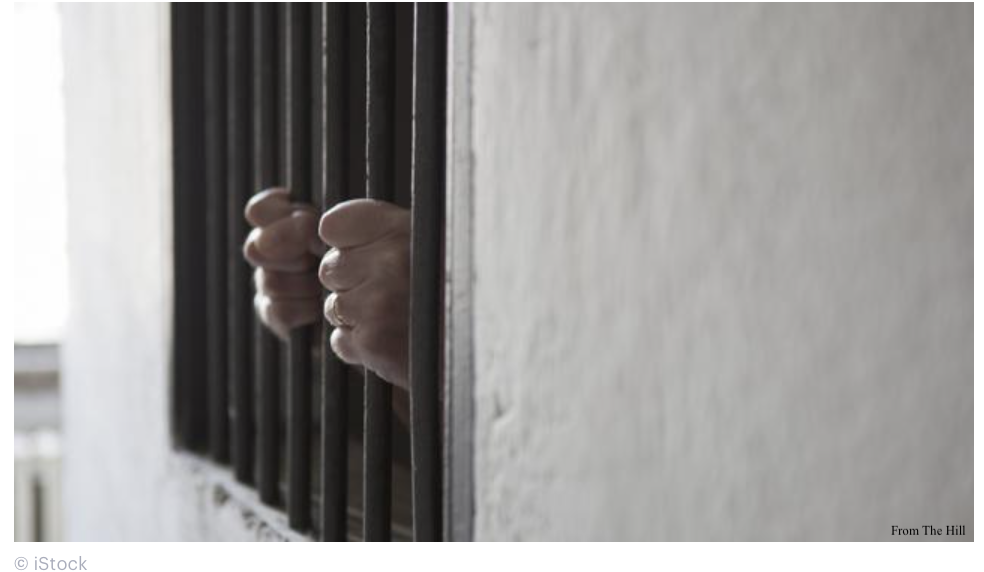 In a bipartisan vote, and with the strong support of President Trump, the House of Representatives last week added another chapter to the decriminalization project “Smart on Crime,” begun by President Obama and his attorney general Eric Holder, by passing a backdoor revision of criminal sentencing law. The FIRST STEP Act, described by both political parties and the media as “prison reform,” is an acronym for its grandiose and salvific purpose: “Formerly Incarcerated Reenter Society Transformed Safely Transitioning Every Person Act.”  That’s every prisoner. Action in the Senate is said to be uncertain because critics believe the bill doesn’t go far enough.

The House passed the bill without hearings. A bipartisan vote (25-5) in the House Judiciary Committee to send the bill to the floor was May 9. The committee report on the bill, which contains almost no analysis in its “Section by Section Analysis,” was made available to the whole House on May 22, the same day as the floor vote. Likewise, in preparation for the vote, few journalistic accounts or statements by several supportive advocacy groups included substantive details of the bill.

On the floor, there was no debate — statements of good intentions were regarded as sufficient — and, again, no consideration of the content of the bill, except for criticisms by some Democrats that the bill did not go far enough. With two Republicans and 57 Democrats voting against, the final vote for passage was 360-59.

The House-passed bill, HR 5682, establishes a new program of "time credits" (sec. 101); federal prisoners could serve close to 40 percent of their prison sentences in “pre-release custody” — that is, home confinement or a halfway house (“residential reentry center”) — instead of prison. Eligible inmates would receive 10 days of time credits for every 30 days of “successful participation in evidence-based recidivism reduction programming or productive activities.” They could receive an additional five days of time credits every 30 days if prison staff determines they are “minimum or low risk for recidivating.”

Some prisoners are not eligible for the program: terrorists, national security offenders, child offenders, illegal aliens eligible for deportation, prisoners guilty of crimes that resulted in death, and others. However, if their crimes did not result in death, robbers, burglars, assaulters and drug dealers are eligible.

And what are “evidence-based recidivism reduction programing or productive activities” that a prisoner must only “participate in” (not complete) in order to receive time credits? They are group or individual activities that include, inter alia, social learning and interpersonal skills, classes on morals or ethics, other “life skills,” family relationship-building, academic classes, art classes and substance abuse treatment. As critics have pointed out, the bill introduces nothing new about those kinds of activities, which are widely available in federal prisons. They are included in the bill as purported rationales for reducing sentences.

In another new provision (sec. 102), on the date that a judge imposes sentence, an inmate would receive 54 days of “good time” per year for every year sentenced. Thus, a criminal sentenced to five years immediately gets a 270-day sentence reduction. This credit for good behavior before it occurs changes current law, which awards “good time” at the end of a period of good behavior. Under the bill, if a prisoner subsequently acts “bad” while in prison, the 54-day allotments can be taken away, year by year.

Using a five-year sentence as an example, let’s calculate “time credits” and “good time” credits together. A prisoner is eligible for 180 days of time credits — 15 days/month, per year. Thus, at the end of the first year, he has earned 450 days, or 1.25 years, off his sentence: 180 days to home or community confinement, and 270 days of automatic “good time.” By the end of his second year, he has earned another 180 days of time credits, making the sentence 3.25 years. With more time credits allotted at the start of the third year, he will be relocated to “pre-release custody” before the end of that year.

Today, at the end of their sentences, federal prisoners routinely go to halfway houses in communities. With a meager appropriation of $50 million, the bill obviously does not look to the construction of new halfway houses. Thus, the default and cheaper version of “pre-release custody” will be home confinement, with electronic ankle bracelets that send alarms to probation officers when the released prisoner ventures outside the area designated as “home.”

The ABC News program “20/20” aired on May 25 an analysis of the use of ankle bracelets to monitor and supposedly restrict the activities of released federal and state prisoners. The broadcast detailed how easy it is to compromise the bracelets, which routinely give off false alarms, and how monitoring officials sometimes fail to respond to alarms. ABC documented 50 cases nationwide of murders committed by prisoners who were supposed to be confined to home with ankle bracelets.

The FIRST STEP Act repeatedly states that programs to reduce recidivism and reintegrate released prisoners into communities should be “evidence-based.” But here’s the evidence: incarcerated persons have refused to take advantage of the kind of social, educational and moral programs that this bill provides. That’s why they are in prison. They are there because of personal choices, including previous convictions for many of them, and as the end result of imperfect but fair criminal justice processes.

Why didn’t the House hold open hearings on research concerning the extent to which criminal rehabilitation is even possible, and whether it should be substituted for punishment, as is increasingly being advocated, and more importantly, for justice? Doesn’t the public have the right to be informed about changes in the most fundamental of social norms, the laws protecting public safety?

Thomas R. Ascik retired as a federal prosecutor after 28 years of service in the Western District of North Carolina, Asheville division.

Read the original story at The Hill.